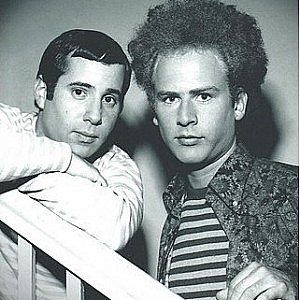 Biography of Simon and Garfunkel from the early days in New York to Stranger to Stranger and Glastonbury in 2016.

In 1973 I wrote Paul Simon – Now and Then, published by a small Liverpool-based company, Raven Books. It sold 8,000 copies but was not reprinted or kept up to date. Copies of it now are sold at silly prices, £30 or more, possibly because Paul Simon completists want it and because it is an early example of rock biography.

As I kept getting emails about it, I wondered if it could be reissued as an ebook. When I read the text for the first time in 30 years, it wasn’t as bad as I suspected but it contained some dodgy opinions. Writing about ‘Mother and Child Reunion’, I dismissed the whole of reggae music, which surprised me as I thought I had loved reggae from the word go. There were mistakes – I had followed a piece in the New Musical Express which said that Paul Simon and Carly Simon were related when they weren’t. There was little first-hand research and outside of a few British folkies, I hadn’t spoken to anyone.

Its big plus was that I had gone through the British musical press and found numerous interviews with Simon and Garfunkel and so I had their thoughts on most matters.

So, yes, this is the reissued Paul Simon – Now and Then, but only marginally so. Simon and Garfunkel - Together Alone is much more a new book than an old one

Mostly this is a chronological telling of the story of Simon and Garfunkel. As I was writing (or rewriting) it, it did strike me that there are plenty of themes which could be separate studies – I’ve done my best with their early years around the Brill Building but it would need their commitment to sort out their full involvement with the pop records of the late 50s/early 60s: then there is their deep affection for the Everly Brothers and the fact they have sung so much of Songs Our Daddy Taught Us; there is Simon’s on-off relationship with Bob Dylan which is far more ‘on’ than most people imagine; the strong Christian imagery in Simon and Garfunkel’s songs and choice of material throughout the whole 50 years, much more than references to Judaism. A whole book could be written on the artists who have covered Paul Simon’s songs and how they have covered them.

It has been great to spend time with their recordings. Phrases from their songs pop into my head all the time and ‘American Tune’ seems to be on repeat play in my head. Their songs work on so many levels and even if the lyrics are not always coherent, they always sound stunning.

It’s been a good story to tell. Early on Simon and Garfunkel realised two things. Firstly, the world liked them working together. Secondly, they didn’t.