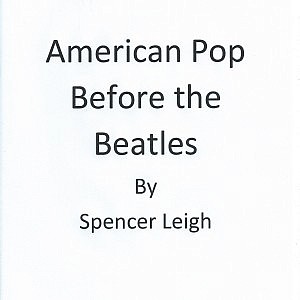 American Pop Before The Beatles

The music journalist and BBC Radio Merseyside presenter Spencer Leigh has spoken to over 250 singers, musicians, songwriters, record producers and managers for AMERICAN POP BEFORE THE BEATLES, a special Kindle ebook concentrating on the years from 1955 to 1963.

AMERICAN POP BEFORE THE BEATLES is an expanded edition of Baby, That is Rock And Roll, a 1996 book which was seen as frank, perceptive, funny and opinionated.

Available only on Amazon.