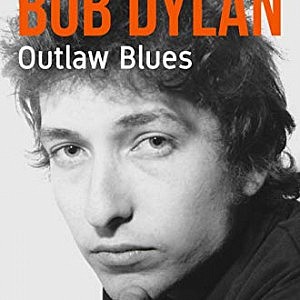 This book will be available on 9th July . Pre-order now. Price for the UK only. Overseas buyers, please contact Spencer Leigh at spencerleigh@hotmail.co.uk for shipping costs.

On Saturday 1 May 1965 Dylan crossed the Pennines to appear at the Odeon in Liverpool. F.A. Cup Final day, as it happened. The Odeon, around the corner from the Empire Theatre, showed films but there was the occasional stage show and I saw Brook Benton and Dion there in October 1963.

Only a few weeks earlier, I had attended a poorly-attended Tamla-Motown package at the Empire Theatre with Stevie Wonder and the Supremes so within a month, I saw Stevie Wonder, Diana Ross and Bob Dylan. I had no trouble in purchasing the Dylan tickets – the NME said when tickets would be on sale and I simply walked across town to the Odeon in my lunch-hour: there wasn’t a queue. Couldn’t have been easier. I’ve seen a reference in the music press to ticket touts – £1 tickets being offered at £5 – but I never saw any of that.

The place was full and Dylan did two sets, but everything didn’t go to plan. Dylan started with ‘The Times They Are A-Changin’’, or at least I think he did, as his vocal mic wasn’t working. A technician came on stage to sort it and Dylan just hung around. Surely the man who was so good with words could have said something to us through the good mic. As it turned out, he didn’t say one word to us all night. When the technician got it working, there was a huge cheer from us all, and Dylan started on his rallying song, opening with a quick burst on his harmonica. It was followed by the beautifully sensitive ‘To Ramona’. He was singing his lyrics much clearer than on record as if he wanted to get every word across to a UK audience.

The lengthy and complex ‘Gates Of Eden’ was next but he lightened the mood with the humorous ‘If You Gotta Go, Go Now’, which we’d never heard before. He played up the absurdity of ‘It’s Alright, Mama (I’m Only Bleeding)’ and the wonderfully lyrical ‘Love minus Zero / No Limit’ was next and he closed the first half with ‘Mr Tambourine Man’.

The funniest moment of the night occurred in the opening song from the second set, ‘Talking World War III Blues’. He changed a line so that when he turned on the radio, it was no longer Rock-a-day Johnny but ‘Donovan (pause, laugher from audience), ‘whoever Donovan is (more laughter)’. He changed the line, ‘I think Abraham Lincoln said that’ to ‘I think Robert Frost said that’. A friend told me that he said, ‘I think T.S. Eliot said that’ in Newcastle so he was testing variations.

‘With God on Our Side’ was chilling and I still think that the line about Judas Iscariot is the most surprising, the most thoughtful and the most provocative line ever written in a popular song. It was followed by the cheerful mysteriousness of ‘She Belongs to Me’ and the bitterness of ‘It Ain’t Me, Babe’.

Dylan had a coughing fit when he started ‘All I Really Want to Do’ and after drinking water, he started again, almost yodelling the title line. Everything about Dylan was anti-showbiz so why did he close with ‘It’s All Over Now, Baby Blue’? But it was all over now, baby blue, as there was no encore.

You knew an artist wasn’t coming back when the National Anthem started. I’d been hoping for ‘Subterranean Homesick Blues’ as it was in the Top 20 and even though he had recorded it with rock musicians, surely he had composed it on an acoustic guitar. Not to worry, the concert had been great, superlative even. Somebody said, ‘I don’t how he remembers all those words’ to which the reply was ‘I don’t know how he wrote them.’ Amen to that.

There was a euphoric feeling on Lime Street as Liverpool had beaten Leeds at Wembley. The supporters who were coming off the London trains or out of the pubs were as happy as his audience. Did Bob Dylan think Liverpool was always as happy as this? Did he appreciate that Liverpool had won the Cup