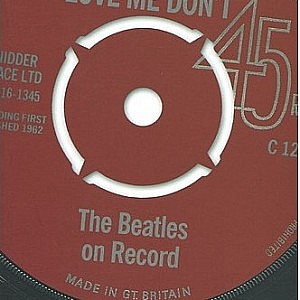 Musicians, singers and producers talk about the Beatles.

This book, published in October 2016, is an updated edition of Tomorrow Never Knows.

Over 300 pages of musicians, singers and producers talking about the Beatles and especially their records.

Here is some sample text on the greatest double-sided single of them all, Penny Lane and Strawberry Fields Forever.

Hunter Davies: “My book Here We Go Round the Mulberry Bush was about to be filmed and I approached Paul to see if he would write some music for it. He was busy with other projects but in conversation I suggested a serious, hardback biography of the boys. There had only been two lightweight paperbacks previously. He thought it was a good idea but he told me to clear it with Brian Epstein and helped me write a letter to him. When I went to see Brian, he played me the acetate of ‘Penny Lane’ and ‘Strawberry Fields Forever’. The second track was a huge leap forward from anything they had done before. It convinced me that an official biography would be a worthwhile project.”

When David Jacobs played ‘Strawberry Fields Forever’ to his panel on Juke Box Jury, they didn’t know what to make of it and even doubted its hit potential. Jacobs himself thought the Beatles had made a mistake. It was part of a double-A side single with ‘Penny Lane’. If the other A-side had been another experimental track, say ‘Tomorrow Never Knows’, how well would the single have fared?

George Martin: “‘Strawberry Fields Forever’ was the beginning of the Pepper era. We recorded it with ‘Penny Lane’ and ‘When I’m 64’ at the same series of sessions just before the end of 1966 and we agreed to get back together after Christmas. We wanted ‘Strawberry Fields Forever’ and ‘Penny Lane’ to be part of the album but EMI wanted a single so we didn’t include them on Pepper.”

Bill Drummond of the KLF: “John Lennon might never have been interested in Yoko Ono if he hadn’t been to art school, so being there might have been a defining influence in his life. Going to art school introduced him to a lot of things that he didn’t know existed, a world outside of Jerry Lee Lewis and Gene Vincent. It opened his eyes to surrealism. For me, ‘Strawberry Fields Forever’ is the greatest record ever made and he wouldn’t have made it if he hadn’t gone to art school.”

The song’s inspiration was a Salvation Army home, Strawberry Field, close to where John had lived. Hughie Jones of the Spinners: “I don’t think that John Lennon was really thinking about Strawberry Field when he put those words together. He was thinking about childhood and about freedom such as going into the woods, they were woods rather than fields actually. It was a great place for a little boy and he was thinking about that rather than making meaningful remarks about Salvation Army hostels or children’s homes.”

George Melly: “Strawberry Field was a reform home for girls, but John was attracted to the title because the idea of Strawberry Fields is a very trippy idea, glowing and glimmering in the sun. The Beatles’ hallucinatory songs were unlike anything that had been done before, both as tunes and images, and I’m glad they’re there.”

Singer/ songwriter Ron Sexsmith: “As a kid, I loved’ Strawberry Fields Forever’. It was like a crazy dream. It was like no other record at the time and it still sounds like no other record I’ve ever heard. I didn’t know anything about drugs back then so I had no idea as to how they came up with a song like that. It is beautiful and a masterpiece.”

Elizabeth Thomson, co-author of The Lennon Companion: “John Lennon supposedly knew at the age of five that he was brilliant and that he had a great writing gift. That business of saying, ‘No one I think is in my tree’ in ‘Strawberry Fields Forever’ is his way of saying that he knew he was better than everyone else.”

George Martin: “I regard ‘Strawberry Fields Forever’ as a very great song. It was the beginning of the imaginative, some say psychedelic, way of writing. I prefer to think of it as being complete tone poem imagery and it’s more like a modern Debussy. We did two different recordings of ‘Strawberry Fields Forever’. They had different arrangements and were in different keys and tempi. John wasn’t satisfied with either and he asked me to take the beginning of one and add it to the end of the other. I pointed out the difficulties but he just smiled and said, ‘I’m sure you can fix it’. It was a terrible challenge but, with a bit of luck, I found that by reducing the speed of one of the recordings and increasing the other, the tempo change accounted for the intonation change of a half-tone. I put the two recordings together and what you hear today is two separate recordings edited together.”

Drummer Dave Mattacks: “The first time I heard ‘Strawberry Fields Forever’ I thought, ‘What a great tune, that’s a great song, it’s got the best of everything’. It’s really interesting melodically and I like everything about it. It changes signatures, there are odd beats and bars here and there but you’re not aware of it at the time, it’s just a terrific tune with a great performance. Everybody plays tremendously well on it and the sound and the production are great. It’s a landmark recording.”

Jake Thackray: “The lyrical line of ‘Strawberry Fields Forever’ is very odd and compelling and so is the chord sequence. There are some bars of 5/4 time which throw you but which work completely.”

Beth Nielsen Chapman: “The Beatles came along when I was in fifth grade. I remember being in a friend’s house in Germany and hearing ‘Penny Lane’ and I was jumping on a bed and thinking that I had to own that. That was the first time that I heard music that I wanted to go and buy.”

Ralph McTell: “There’s a very English feel to ‘Penny Lane’ and to the Sgt. Pepper album which followed. I don’t know Penny Lane in Liverpool but I know a Penny Lane in Croydon or wherever. I always imagined somewhere with a street market, lots of little shops and a community of people buzzing backwards and forwards. I thought it was very English and very optimistic.”

Jake Thackray: “I like the lyrics in ‘Penny Lane’. I would love to have written those buggers myself. They’re authentic, it’s about a street that people know about, and there’s a barber’s shop and a fire brigade. It’s a very, very English, northern song. I also like the vigour of that high, dashing trumpet. It’s a stunning record.”

Klaus Voormann recommended the Swedish director, Peter Goldman, to the Beatles for the making of promotional films for the single. Tony Bramwell organised the locations and the props: “Klaus Voormann had an idea about a big harp in the open air. It was impossible to make one quickly so we found an old tree in Sevenoaks and we smashed an old piano to pieces and put wires from it to the top of the tree. We strung Christmas balls around the top and it looked surreal. We filmed it in the park for two days and then came to Penny Lane. We got a policeman dressed as a fireman and filmed the barber’s shop and the roundabout. The Beatles rode horses in the east end of London and it all cut together very nicely. It was the first time anyone had made a film without miming to the song. Because it was 32mm, we could use laboratory tricks to change the colour and light. It was ground-breaking, just like ‘Bohemian Rhapsody’ later on. They were the first psychedelic films.”

While filming, John bought a poster for a circus in Rochdale in 1943 which led to the song, ‘Being For The Benefit Of Mr. Kite’. The lyric is little more than a celebration of the poster, but it fitted perfectly into the psychedelic times.

Documentary filmmaker John Sheppard who made The Stones in the Park: “It’s very difficult to look at the records that were No.1 during the first part of 1967 in England and sit them alongside the designation Summer of Love. There’s ‘I’m a Believer’, ‘Something Stupid’, ‘Puppet on a String’, ‘Silence is Golden’ and ‘Release Me’, which committed the cardinal sin of preventing the Beatles getting to No.1 with ‘Penny Lane’ and ‘Strawberry Fields Forever’.”

Paul Gambaccini: “When I was living in America, I was constantly amazed at the records you’ve missed out on and also some of the records which were hits. Jerry Butler is the one who upsets me the most: he never had a hit in England. ‘Penny Lane’ and ‘Strawberry Fields Forever’ is the greatest single ever made and I wondered how on earth Engelbert Humperdinck could have kept the Beatles from No.1 but now I know what a sensation he was in England.”

Don’t expect any misgivings from Engelbert Humperdinck: “I don’t feel bad about it at all and, indeed, I feel proud that I kept the Beatles from being No.1. To be in front of them in the charts was totally amazing.”

There were some unlikely winners during the Beatle years. Engelbert for one, but the top selling record of 1965 was Ken Dodd’s ‘Tears’ and the biggest-selling album of 1967 was not Sgt. Pepper but the soundtrack for The Sound of Music.

It has often been suggested that ‘Penny Lane’ and ‘Strawberry Fields Forever’ were going to be part of a larger project, an album called Liverpool, although I’m not sure where this originated as neither Lennon nor McCartney said so. Willy Russell: “The Beatles were too canny to write straightforward songs about Liverpool or the Cavern. When they do mention somewhere specific like Penny Lane, they transcend the place and it becomes much, much more than a little thoroughfare. They start with something specific and then move on to something gloriously general. Maybe they toyed with writing about the Star-Club or the Cavern but their instinct told them not to. Things like ‘All I Want for Christmas Is a Beatle’ or ‘Cavern Stomp’ are iffy novelty records. They would have kept away from that, but it may have found its expression in due course. Later, George Harrison did ‘When We Was Fab’, which was a lovely song.”