Published in the UK rock’n’roll magazine Now Dig This, October 2016 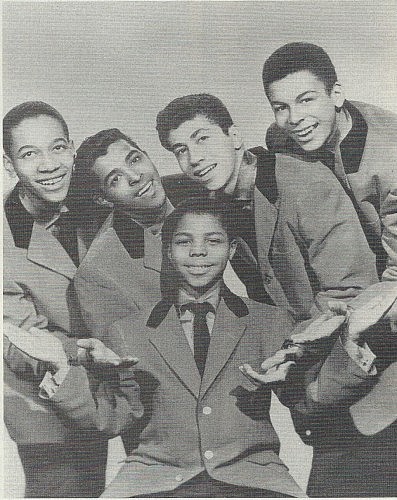 Almost without question, 1956 was the key year for musical development in the twentieth century. The music scene at the end of 1956 was quite different from the beginning and we witnessed the upsurge of rock’n’roll as well as doo-wop in the States and skiffle in the UK. Elvis Presley, Little Richard, Gene Vincent and Chuck Berry were the trendsetters, combined with the growth of independent record labels and the rise of specialist concert promoters and disc-jockeys, notably Alan Freed.

Bill Haley and his Comets had fired the starting gun as ‘Rock Around The Clock’ was a huge, global success in 1955. For the first months of 1956, Haley still had hit singles and the film, Rock Around The Clock, did big business, but already the clock was striking twelve. Haley heralded in the new music but by mid-1957 he was yesterday’s news, never to regain his former glory.

The groundswell for what happened in 1956 had been set earlier, but the one thing that made the big difference was the change in demographics – the records were being bought and appreciated by teenagers and that in itself led to a transformation in the music.

Nobody had thought much about teenagers before 1956. Look in the Bible – there isn’t a clue as to what Jesus was doing during his teenage years, and that’s pretty much how it was for 2,000 years. Nobody took any notice of teenagers, even if his name was Jesus. Okay, Joan of Arc was 19 but look what happened to her. She wanted to separate the French from the English so she was campaigning for Brexit 600 years too early.

The first use of the word ‘teen-ager’, then hyphenated, was in Popular Science Monthly in 1941 where a journalist wrote, “I never knew teen-agers could be so serious.”

In the post-war years, teen-agers were serious young men and women. They had no culture of their own and they would aspire to be like their parents, steady, stable and conformist. There were no concessions to teenage tastes until the rise of Frank Sinatra in the early 1940s with his fans, the bobby soxers, but even he didn’t sing about teenagers. The first record to acknowledge the phenomenon was T-Bone Walker’s ‘Bobby Sox Blues’ in 1946.

There were insipid hit records in the mid-50s such as ‘Teen-Age Crush’, ‘A Teen-Age Prayer’ and ‘The Teen-ager’s Waltz’, as if teen-agers wanted waltzes. Although there was plenty to rebel against, James Dean’s detachment came as a shock in Rebel Without A Cause (1955). By the end of 1956, the teenagers knew exactly what they wanted, and fathers everywhere would be echoing the phrase, “Bloody teenagers”.

The floodgates opened in 1956 with the first generation of teenage stars, most of whom were in their early twenties. It was inevitable that the teenage audience would want stars of their own age, and who better than Frankie Lymon and the Teenagers, which, incidentally, is the first time that the hyphen was dropped.

Frankie Lymon was only 13 when he recorded the most renowned, the most commercial and I would say the best of all doo-wop records, ‘Why Do Fools Fall in Love’. The young acts before Lymon had recorded kiddie songs – ‘On The Good Ship Lollipop’ and ‘I Saw Mommy Kissing Santa Claus’. Frankie Lymon and the Teenagers didn’t go in that direction and their music was as good as anybody’s.

For a short time, Frankie Lymon and the Teenagers was the most successful black act of the day, better known than the Platters, the Coasters or the Drifters, largely because they had such a highly recognisable and personable lead singer. Frankie Lymon was among the first black rock’n’roll stars, appearing baby-faced, innocent and non-threatening. They travelled around America on sell-out shows wherever they went, and yet the Teenagers parted company with Lymon after 18 months, neither side retaining their previous success, despite being a role model for aspiring vocal groups.

The story of Frankie Lymon and the Teenagers should be a joyous one about a ground-breaking act, but instead it is wretched. The group was managed badly by mobsters and their associates who were keen for a quick buck and the authorities were totally negligent. Frankie Lymon was adrift from his home and his family with no one to curb his wild streaks. Even if his management had no regard for his welfare, why didn’t they appreciate that they were killing the goose that laid the golden egg?

There were no child protection laws to speak of, so the whole thing was an omnishambles. This is an appalling story with tragic consequences. So much is made of rock stars who died when they were 27 – Frankie Lymon never even got that far, so let’s find out what went wrong.