The Beatles vs. The Monkees

“The Monkees were as ridiculous as the Beatles.” 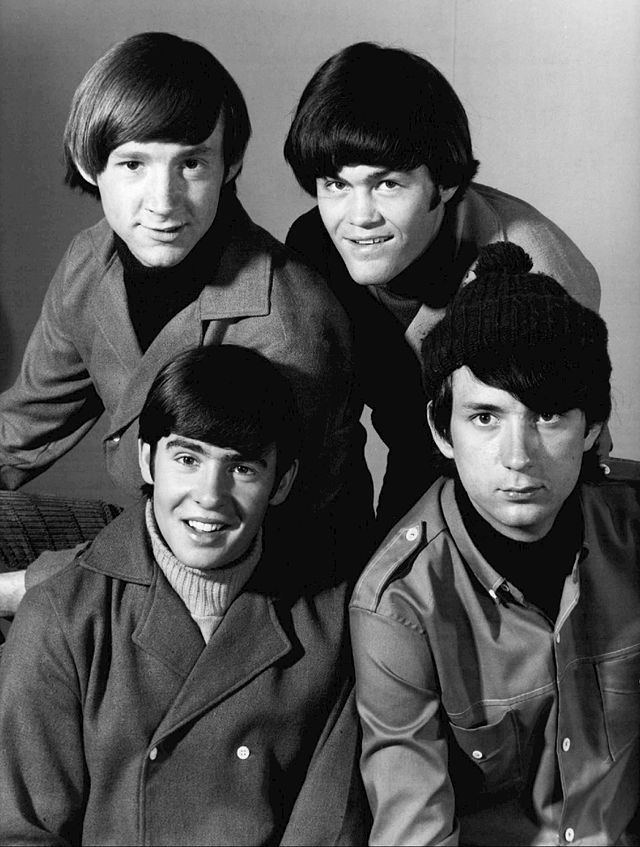 Being compared to the Beatles is hardly an insult as it means that, in some respect at least, you measure up to the most commercially and artistically successful group of all-time. When the comparison is made, however, it usually only relates to one aspect of the Beatles’ work. ELO were the new Beatles for a time and Jeff Lynne was constantly writing variations on I Am The Walrus. As for Oasis, where would they have been without the Beatles’ Rain?

The Monkees got as close as anybody and for a short time were as successful as the Beatles. Looking at the US album charts from November 1966 to January 1968, the Monkees held the top spot for 37 weeks and the Beatles 15, with the Supremes, Herb Alpert and Bobbie Gentry sharing the remaining eight. What is more, the Monkees were on top with four different albums, an astonishing level of productivity compared to today, especially when they also touring and making weekly sit-coms.

So well done, Monkees. On the face of it, that’s impressive but let’s look under the surface and see how important the Monkees have been to popular culture and what links and comparisons can be made with the Beatles. Why, for example, aren’t the Monkees in the Rock and Roll Hall of Fame and will they ever make it?

In the early 60s, Peter Tork, the oldest Monkee, was scratching a living as a folk singer and guitarist in Greenwich Village. He dismissed commercial pop music but then in 1964, he found himself liking the Beatles. He told me that he “dug their sweet little harmonies and the way they would throw in a blues lick on guitar.”

After playing Ena Sharples’ grandson on Coronation Street, Manchester-born Davy Jones became the Artful Dodger in Lionel Bart’s Oliver! a West End production which transferred to Broadway. He was coached for his Cockney voice by a teenage actress, Jane Asher, hardly a Cockney herself and later Paul McCartney’s fiancé. Davy was booked for The Ed Sullivan Show on 9 February 1964, where the cast performed I’d Do Anything. He was 18 but you’d never know it. “I was more interested in acting at the time,” he told me, “I didn’t even buy a record until Johnny Tillotson’s Poetry In Motion when I was 15 but when I saw the Beatles, I was hooked.” Colpix Records were keen to turn Davy into a teen idol of the Herman variety and he did make the US Hot 100 in 1965 with What Are We Going To Do, although it stalled at No 93.

Although Davy Jones had been a child actor, Micky Dolenz had been a child star. From 1956 to 1958, he played the title role in the TV series, Circus Boy and acquired such everyday skills as riding elephants and racing camels. While at college in LA, he played guitar and sang in beat groups, one fatefully called the Missing Links. He recalled, “I used to say that I would like to be one of the Beatles. You have to be careful about what you wish for.”

Mike Nesmith’s mother, Bette, had made a fortune by inventing and then patenting liquid paper and Mike, more than the other Monkees, had a good knowledge as to how commercial decisions were made. After seeing the folk singer and songwriter Hoyt Axton in 1962, he wanted to follow the same route. He performed around San Antonio, released some solo singles and in 1965 had his own “folk’n’roll band”. He told a local reporter, “It is a combination of the Mersey sound and rhythm and blues and folk music. Our songs are folk songs – some of them are hundreds of years old – they have more meaning.” Good idea, but the Byrds were there first.

A young TV director Bob Rafelson had been working on projects for the multi-media company Screen Gems in New York. He had an idea for an American sit-com based around a fictional folk group, but when he moved to Hollywood in 1965, he teamed up with Bert Schneider and they dissected the Beatles’ film, A Hard Day’s Night: why not make the series about a rock band with four wise-cracking, long-haired characters, no parental figures and somewhat against authority, though not in a threatening manner. With the release of the Beatles’ second film, Help!, they knew that this was definitely the way to go.

The trick was to find suitable actors. They considered a fully formed group, the Lovin’ Spoonful, but realised that they needed four equal but different personalities to make it work. There were over 400 applicants to their ad in The Hollywood Reporter and they chose Mike Nesmith for his wacky humour: on the CV where it asked for experience, he had written “LIFE” in big letters. Peter Tork was delighted to be chosen: “Somebody told me that the Monkees were going to be like a Beatles tribute and I took to it like a duck to water.”

Micky Dolenz was recommended by his agent and a perfect choice. He had a superb rock voice and would surely have had hits with another band if the Monkees had not worked out.

The fourth member, Davy Jones, was a shoo-in. He was already known to Bob Rafelson as Colpix Records was a Screen Gems company. In a sense, he was the most Beatlelike as he was mop-topped with a winning grin and cheeky personality. The drawbacks were his wimpish singing voice, more suited to the US teen idols of the early 60s, and his love of cheesy show music.

The chosen name, the Monkees, was telling as it showed that the producers wanted a group which would ape the Beatles. It was a risky choice as calling someone a monkey was hardly complimentary, but the producers were hoping that would be overlooked in favour of phrases like “Everybody’s going ape over the Monkees.” According to John Lennon, someone told his group that they would be “Beatles with an A”, and here Rafelson and Schneider told them that they would be “Monkees with an E”. Such misspelling became common practice as we also had the Byrds, the Cyrcle and the Human Beinz.

The Monkees were billed, more in hope than certainty, as America’s answer to the Beatles. Like the Beatles in Help!, they lived in a communal home and undertook madcap adventures with odd camera angles and quirky production techniques. In an early review, Newsweek commented that “Such cinematic kinetics are really the property of Richard Lester.” Not so as anybody could speed up film and Lester’s skill lay in bringing together visual effects in a way which wasn’t disjointed and with a strong sense of humour.

Peter Tork accepted the Beatle connection: “The Monkees would never have flown if the producers hadn’t thought they had seen a good thing happening and decided to cash in. They were Beatle fans and they wanted to be part of the energy and spirit of the times, not just the commerce.”

From the very beginning, the foremost champion of psychedelic drugs, Dr Timothy Leary saw their TV series as subversive. He said, “At early evening kiddies time on Monday, the Monkees would rush though a parody drama burlesquing the same shows that Mom and Dad would be glued to watching during prime time.” That may be true but it wasn’t intentional.

As with the Beatles, Moms and Dads liked the Monkees as well. John Lennon said that they were more like the Marx Brothers than the Beatles but everybody else compared the Fab Faux to the Fab Four. Davy Jones recalled, “People compared us to the Beatles and we grabbed at that because we were being mentioned in the same sentence. We were just two groups with four guys and people would say, ‘Is Paul better than Davy?’ or ‘Is Mike better than John?’ It all worked out very well but how could American’s answer to the Beatles contain someone who was English?”