Doo-Wop is regarded as an American art form but are there British examples?
Spencer Leigh investigates. 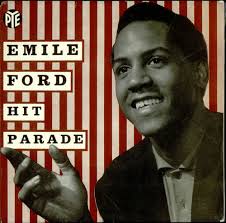 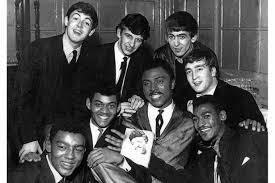 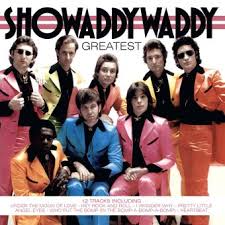 No bullshit – this feature lives up to its title or at least I hope it does. Already I can hear many of you saying there’s no such thing as British doo-wop. Even the editor of Now Dig This said as much. “Wait ’til you see what I’m writing,” I said. “Okay,” he replied, “but if it’s about the Mudlarks and the Stargazers, you can bin it.” Well, the Mudlarks do make a brief appearance but only as an example of inconsequential British doo-wop.

As far as I know there have been no other features on British doo-wop, either in Now Dig This or anywhere else, and certainly no chapters in music books. British doo-wop has been overlooked or ignored and perhaps nobody else even knows it exists. To be honest, I haven’t searched on Google as I don’t want to find some bugger has beaten me to it. As far as I’m concerned, I have never seen a feature on British doo-wop and hence, I am not crediting anybody else’s work. It’s liberating: the only writer I am going to thank is me and even then I realise, I haven’t shown the insight that I should have done. I recently updated and expanded my 1996 book, Halfway To Paradise: Britpop 1955-1962 for Kindle as the two volume and reasonably priced American Pop Before The Beatles (might as well get in a plug) and it never even occurred to me, either in 1996 or 2014, that I should be considering British doo-wop. I’m exploring virgin territory.

Even more than rock’n’roll itself, doo-wop is considered American music, largely confined to black or Italian-American performers. In those golden years from 1955 to 1962, very few British acts could sing it with conviction, but there are some striking exceptions and even more from later years.

The US journalists who have written about doo-wop never consider the British variety. The compilers of the wonderful Rhino collections, The Doo-Wop Box, make few mistakes but on the third set, there is a British track, ‘When You’re Young And In Love’ by the Flying Pickets, but just who are pictured in the booklet? I don’t recognise any of them and it’s certainly not the line-up from that hit single.

Although the music of those American vocal groups has been called doo-wop, it is hard to find the phrase being sung amongst those nonsense syllables. The only ones that spring to mind are ‘When You Dance’ by the Turbans (1955) and ‘Tonight (Could Be The Night)’ by the Velvets (1961). The Velvets used it in a couple of other tracks, ‘Time And Again’ and ‘Spring Fever’ so they knew a good thing when they heard it.

But consider the UK in 1959. There at the top of the charts was Emile Ford and the Checkmates with their revival of the standard, ‘What Do You Want To Make Those Eyes At Me For’. It opens with the phrase:

Magic, but much as I would like, I can’t give Emile Ford top marks for originality as that very phrase was lifted from the 1957 hit, ‘Ma (He’s Making Eyes At Me)’, an almost identical song performed by Johnny Otis with Marie Adams and the Three Tons of Joy. However, despite the doo-wop be dooby doobies, Johnny Otis hadn’t made a doo-wop record. Marie Adams is too much in front for that and the two tons of joy (some double counting was going on) could have been next door for all they contribute to the finished product.

Emile admits that the record was his inspiration, “I heard that record by Marie Adams with the Johnny Otis Show, which was full of screaming, and it killed the effect of the simple words of the song. I added some beat to it and I wanted to say, ‘You’re asking for trouble with that look’.” The NME’s reviewer said, “The whole sound is American. If I hadn’t seen the label, I would have taken it for a stateside production.”

Emile Ford had made a highly commercial record with a crisp, sparkling production and it was far better than many American doo-wop hits. Unfortunately it didn’t do anything when it was released on the Andie label from New York City and it had to compete with an inferior cover from Ray Peterson on RCA, which illustrated that sometimes the Yanks copied the Brits. Emile’s arrangement has endured and now it is the only way to perform the song. In 1977 Les Gray cut a half-decent revival, much more subdued than Emile’s and including a jazz clarinet, largely because he was shaking off the Mud image. With better logic, Shakin’ Stevens had his final Top 10 hit with his revival in 1987, copying Ford with the skill of a Xerox machine but singing it better. The punchy single was enhanced with a great video, which carries nostalgia today as it was shot in Our Price.

That Emile Ford record wasn’t a one-off and he is one of the most intense people to have worked in popular music. He was born in the West Indies in 1937 and when he came to the UK in the 1950s, he wanted to further his career as a sound engineer. He created and indeed patented his own system and he would demonstrate its capabilities with his group, the Checkmates. By winning a talent contest he secured a record deal with Pye and went to No.1 with that first single.

Ford had total faith in his brainchild and was soon in conflict with Pye’s producers and with theatre managers throughout the UK, not to mention his own band as he insisted on gruelling daily rehearsals. On the road, the Checkmates would talk behind his back about novel ways to kill him. On a 1960 tour, the headliner Bobby Darin realised that the theatres’ sound equipment was far inferior to Emile’s and he asked to use it. Ford refused, wanting to keep his advantage over Darin but this was short-term thinking as Darin’s endorsement could have helped him. Look at how Bing Crosby established Ampex after the war.

Emile Ford and the Checkmates was a well-disciplined band and he encouraged back-up vocals, often borrowing ideas from doo-wop recordings. He felt that his own, easy-paced voice was the weak component and so he enhanced the sound by having a lot going on around him. As well as the Checkmates, Emile added a trio of ex-Vernons Girls, the Fordettes, which meant that a nine-piece band was on the road. The sheer expense meant that it couldn’t last and soon Ford went solo, possibly being the first UK act to work with backing tapes, one advantage being that tapes couldn’t argue back.

The group’s legacy is around 60 tracks for Pye and many have doo-wop connotations. The backing vocalists often sang meaningless but highly engaging syllables as can be heard on the hit singles, ‘On A Slow Boat To China’, ‘You’ll Never Know What You’re Missing (Til You Try)’ (a clumsy title but an excellent song first recorded by Ricky Nelson) and two songs from the Brill Building, ‘Counting Teardrops’ and ‘What Am I Gonna Do’.

On stage, Emile had drew applause with his stop/start arrangement of the Impalas’ ‘Sorry (I Ran All The Way Home)’ and he covered the Accents’ ‘Wiggle Wiggle’, which was ‘Little Bitty Pretty One’ in all but name. Emile enjoyed replicating Tony Williams’ “Oh oh” and several tracks show a Platters influence including ‘Smoke Get In Your Eyes’ and a fine version of Billy Myles’ ‘The Joker’. He copied Elvis with the Jordanaires on ‘My Wish Came True’ and ‘Don’t’ as well as duplicating ‘My Wish Came True’ on an unissued track ‘Darling, Tell Me Do You Love Me, which lay in Pye’s vaults for 40 years.

Emile Ford and the Checkmates was the UK’s first successful multi-racial band and there were black groups based who made doo-wop records from time to time. Vernon Nesbeth had come to the UK on the Windrush in 1949 and he formed the vocal group, the Southlanders, the name being a shortening of South Londoners. The original intention was to sing mento, a cross between Cuban and calypso but they were soon covering early rock’n’roll hits like ‘Ain’t That A Shame’ (which sounds like a Stan Freberg parody), ‘Earth Angel’ (grounded) and ‘Peanuts’ (a fraught falsetto). In 1957 they covered ‘Alone’ by a white American quartet, the Shepherd Sisters, and although ‘Alone’ was a big hit for Petula Clark, the Southlanders made the Top 20. “Dick Rowe asked us to record ‘The Mole In The Hole’ and we thought it was rubbish,” says Vernon. It became a favourite on Junior Choice and though the accompaniment is like a night at the British Legion, it is not too far from the Coasters with their bass-voiced novelties. Their bassman was Harry Wilmot (father of Gary), and Vernon Nesbeth says today, “It gave us a long life, so thank you, Mole.”

The Southlanders were helped by appearances on 6.5 Special and similarly, Neville Taylor and the Cutters should have reaped the benefit of being on Oh Boy! every week, both with their own songs and accompanying other performers. Neville Taylor and the Cutters had three tracks on the big selling Oh Boy! LP but never had the singles sales to match. ‘Tears On My Pillow’ is ruined by inviting the Mike Sammes Singers to join them. There is strange clanking in the final verse as though Marley’s ghost has come to the party. By way of contract, there are no backing vocals at all on ‘Mercy Mercy Percy’. In 1959 they did a reasonable job but only sang in unison on the Bell Notes ‘I’ve Had It’ and the best moment is the sax break from Red Price. That Decca single has a bizarre B-side, ‘Rockaroo’, but it is like four different records being played at once: they were either trying too hard to make a distinctive doo-wop record or not trying at all, and I suspect the latter.

Although Neville Taylor’s singles didn’t sell, he found thousands of buyers as Hal Munro for Woolworth’s Embassy label, among them a cover of Emile Ford’s ‘On A Slow Boat To China’. The best known Cutter is Shake Keane, who became an acclaimed jazz trumpeter.